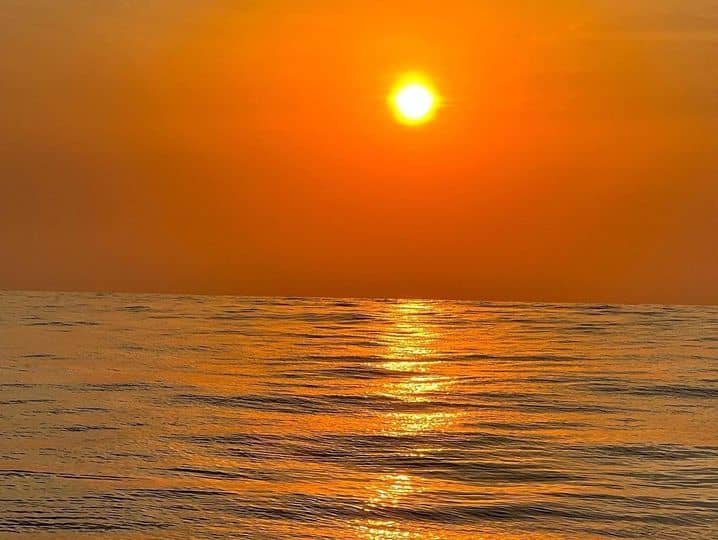 Our owner, Robert, just enjoyed a week long sport fishing trip in Puerto Vallarta, Mexico with his brother and friends. Upon arrival they stayed at Paradise Village Beach Resort & Spa. This five-star hotel is elegantly situated in the heart of Nuevo Vallarta, Riviera Nayari, and is located within it’s own peninsula all set against an amazing tropical backdrop. The next day they headed out to sea. They chartered the 50-foot “No Tuna No Chinga” Delta fishing boat from Marla’s Sportfishing. Marla’s Sportfishing is a 3rd generation fishing charter company based in La Cruz. This company is owned and operated by four brothers who’s father was a commercial fishing legend in Bahia de Banderas. They spent 6 days and 5 nights about 100 miles off the shore of Puerto Vallarta. Between the six man fishing team they caught 10 differents species of fish such as Bluefin Trevally, Moray Eel and of course Yellowfin Tuna. Robert caught the biggest fish of his fishing career, a 217 pound Yellowfin Tuna. It took him 1 hour to reel that fish in. Veteran anglers often refer to yellowfin tuna topping 200 pounds as “cows.” Fun fact: the world record for a caught yellowfin tuna is 427 pounds. 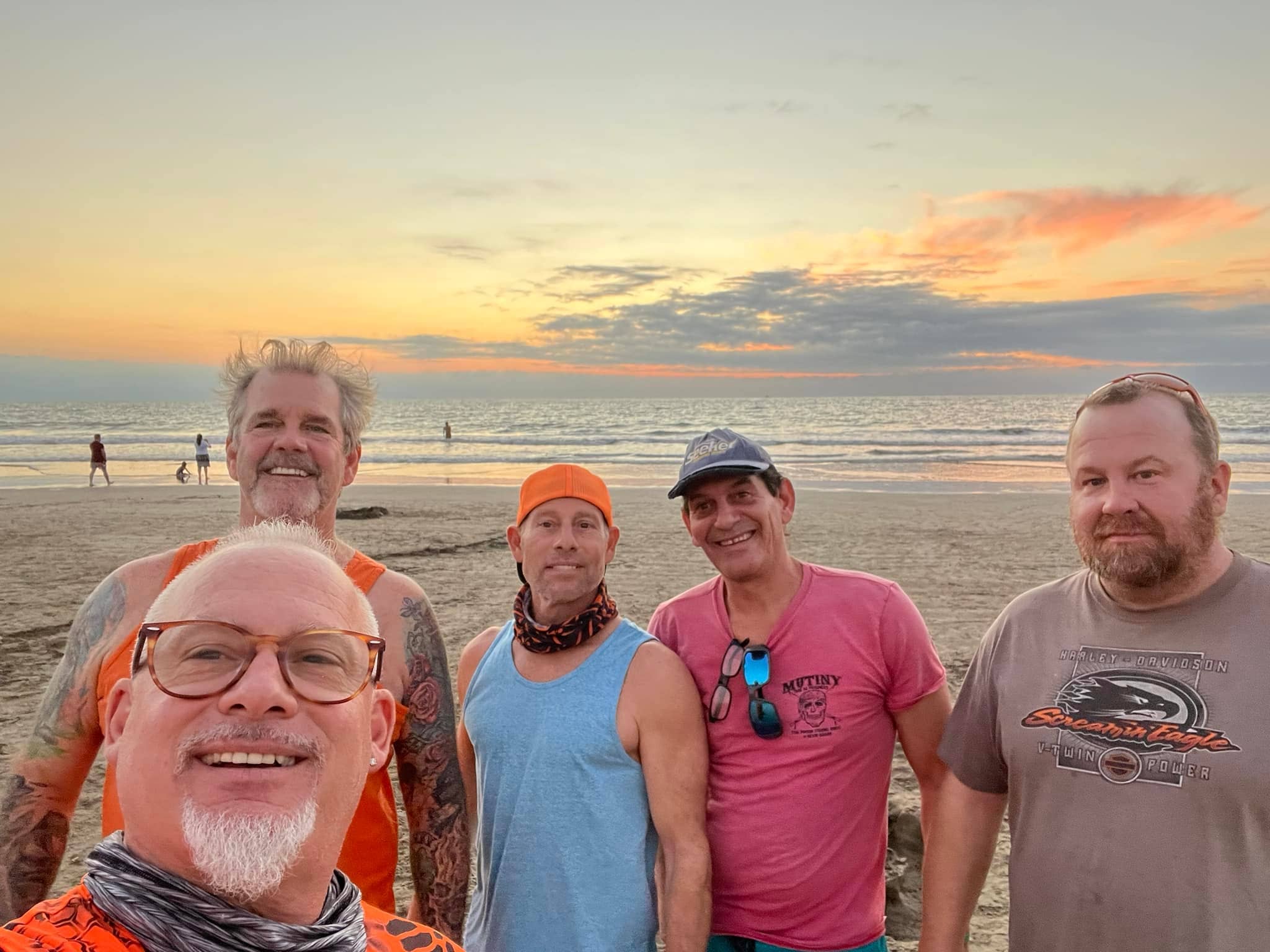 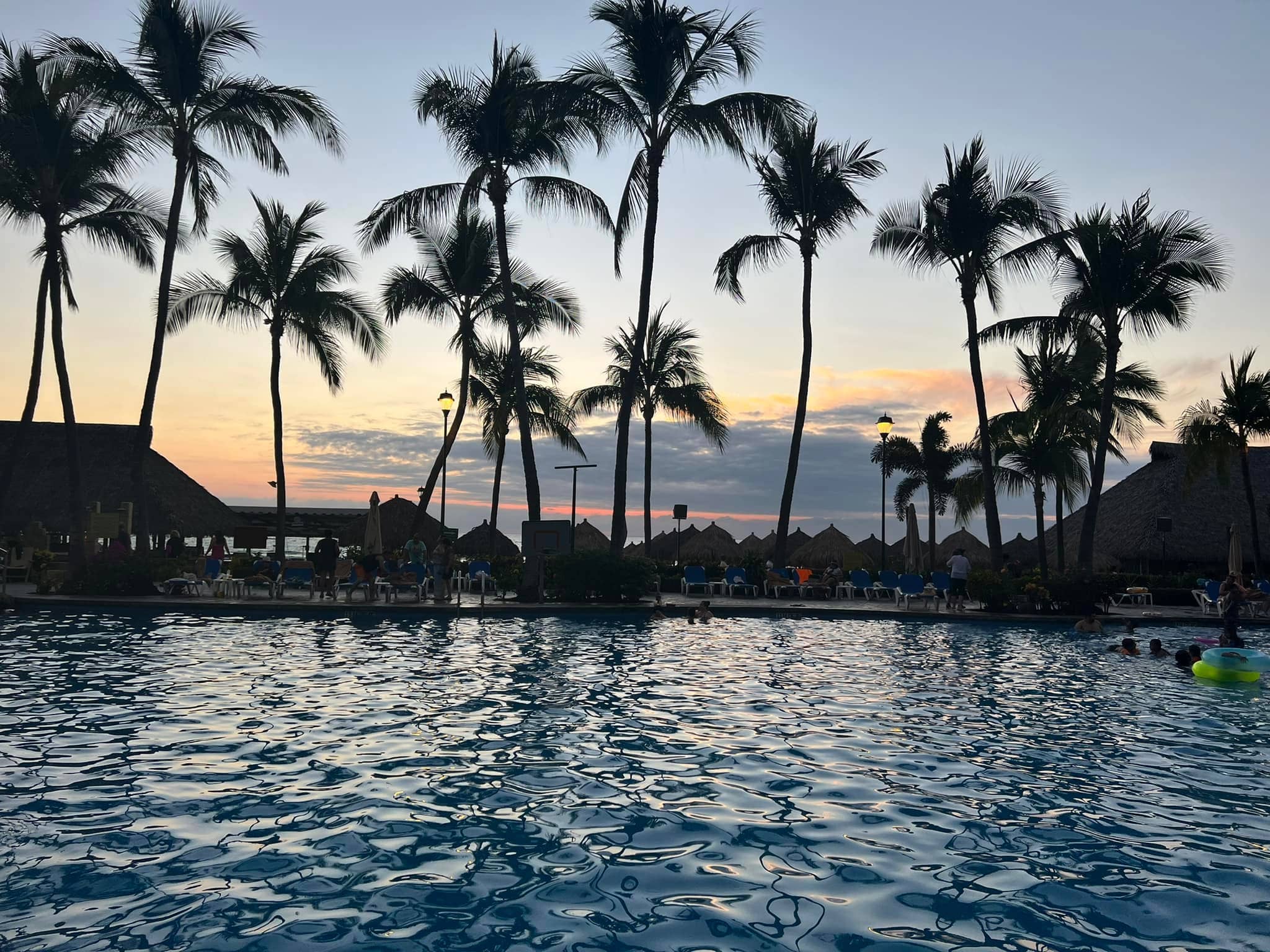 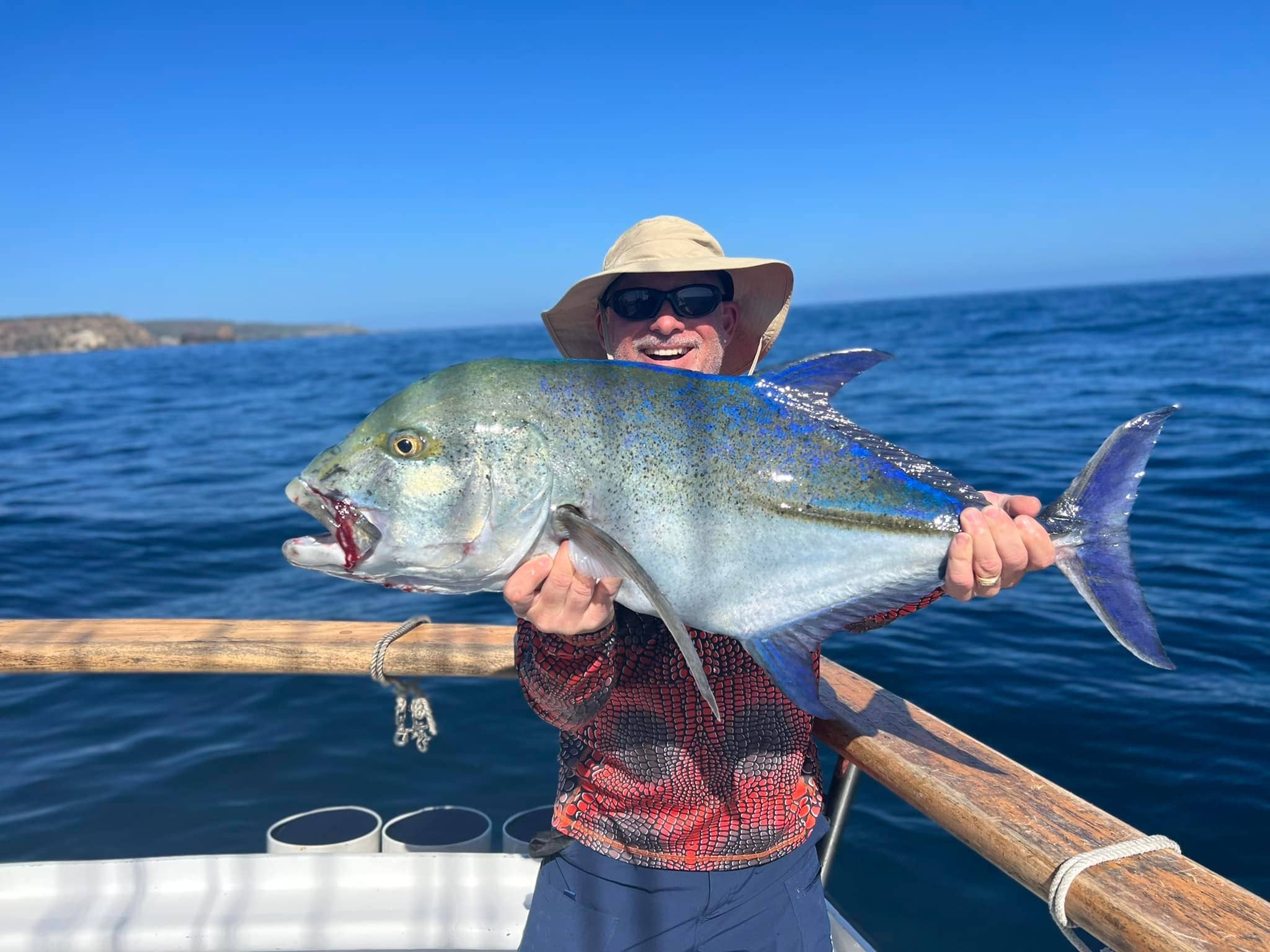 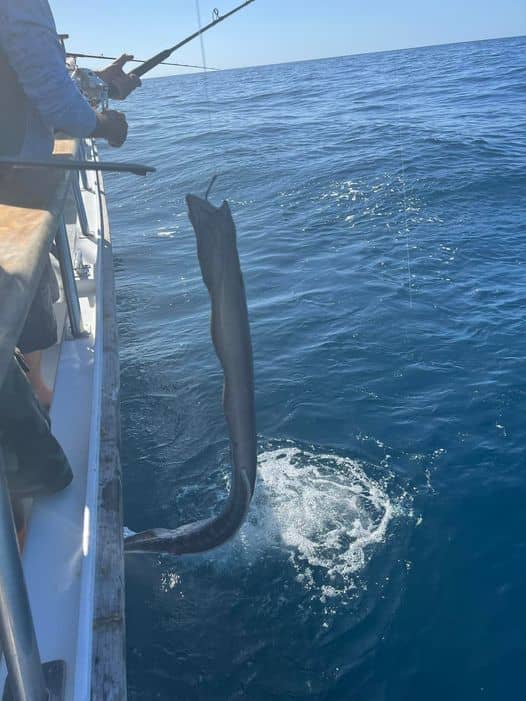 Moray eels, or Muraenidae, are a family of eels whose members are found worldwide. 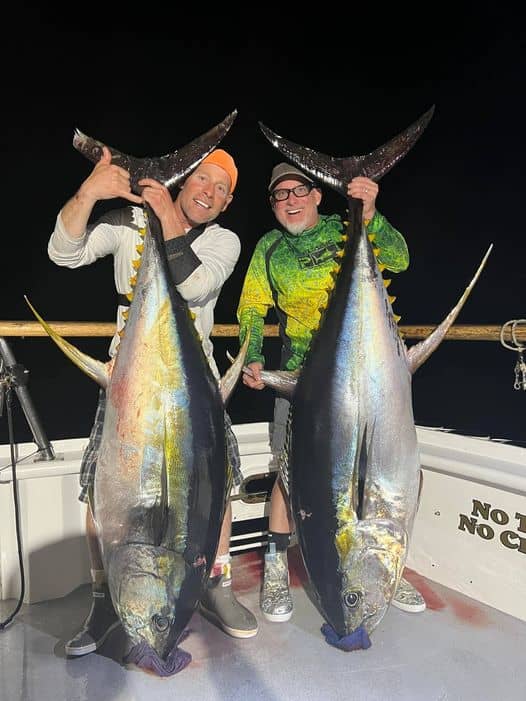 The yellowfin tuna is a species of tuna found in pelagic waters of tropical and subtropical oceans worldwide. Yellowfin is often marketed as ahi, from the Hawaiian ʻahi, a name also used there for the closely related bigeye tuna. 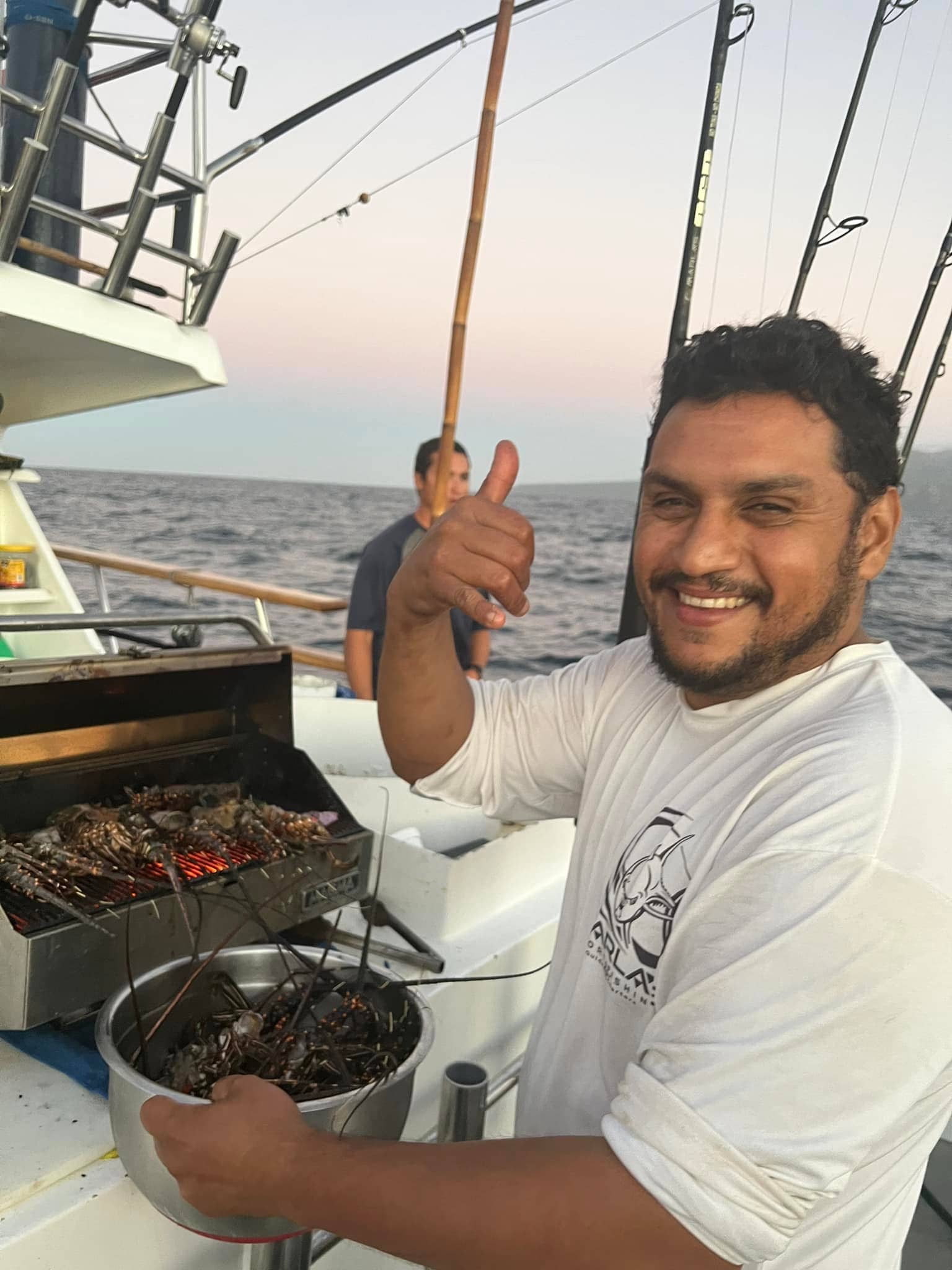 Chef Carlos did an amazing job cooking at sea for these hungry fishermen. 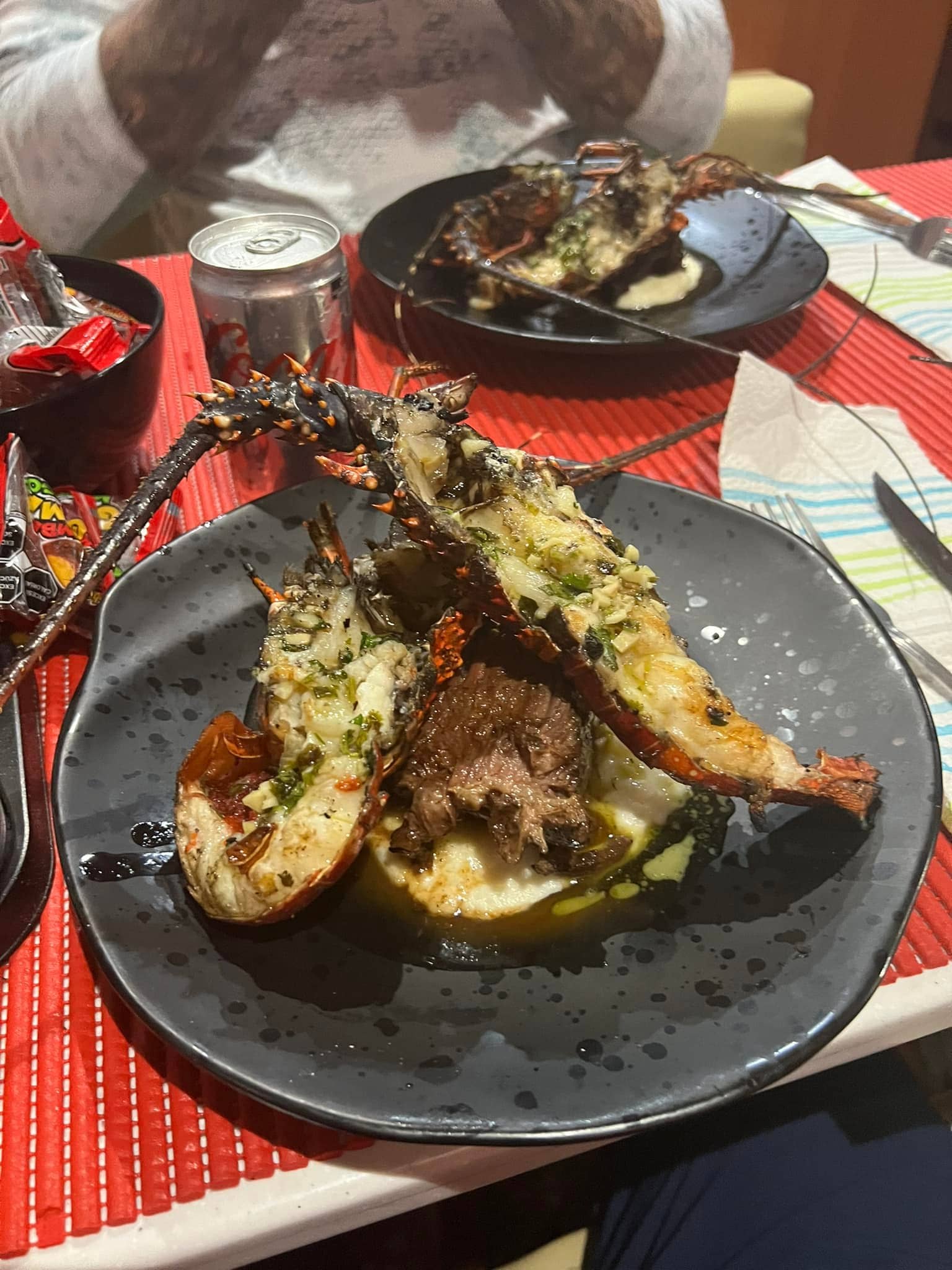 On the last night they traded coca-cola and chips for lobster with a small, passing boat. Dinner that night was fresh lobster, short ribs and mashed potatoes.